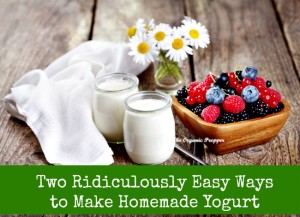 The joy of homemade yogurt is that it only contains the milk of your choice and a starter with active cultures. So no growth-hormone loaded milk, no neurotoxic artificial sweeteners, no thickeners, no chemical additives, and no GMOs.