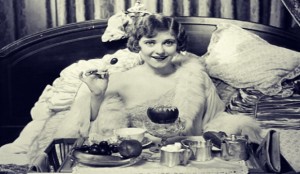 Do you have insom-nom-nom-nom-nia? Here’s why, and how to handle those late night bingefest urges.