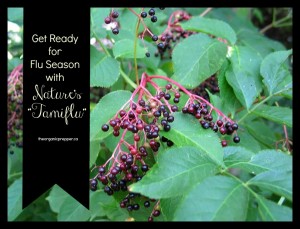 The most important weapon against influenza that you can add to your herbal arsenal is elderberry extract.