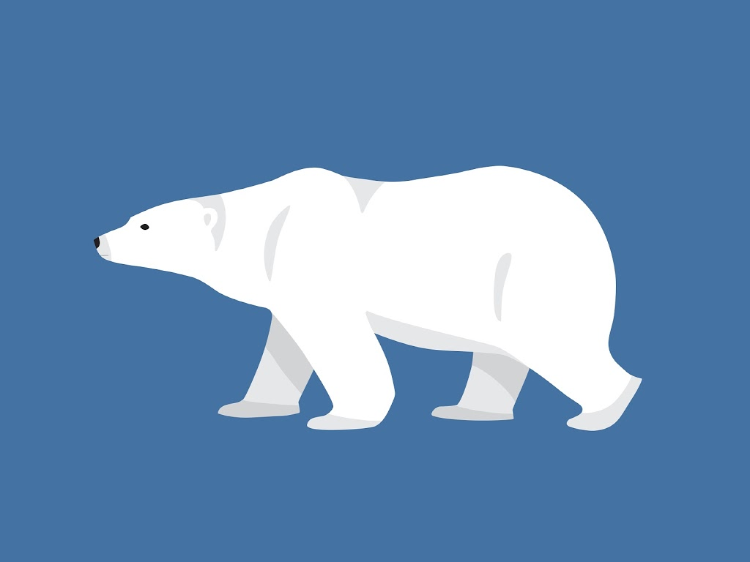 “Try to pose for yourself this task: not to think of a polar bear, and you will see that the cursed thing will come to mind every minute.” – Fyodor Dostoevsky

That quote is from Winter Notes on Summer Impressions, Dostoevsky’s 1863 account of his travels in Western Europe.

It inspired the late social psychologist Daniel Wegner, PhD, to conduct formal research into what is now called ironic process theory (or “thought suppression”), a common and intriguing psychological phenomenon.

“I was really taken with it,” he said of the quote in a talk at APA’s 2011 Annual Convention. “It seemed so true.”

Wegner was curious: Would people be successful in keeping thoughts of a white bear at bay when directed to do so?

He set out to explore conscious thought suppression, which refers to deliberate attempts to try to keep from thinking about something.

Wegner and his colleagues started with a simple experiment. They asked a group of students to not to think of a white bear. For the five-minute period, the students were asked to report their thoughts. Each time they either thought of or said the words “white bear,” they were asked to ring a bell. Then, for five additional minutes, they were instructed to think of a white bear all they wanted and to continue ringing the bell whenever they did so.

Another group received the opposite instructions: to first think of a white bear all they wanted, and then to not think of the bear at all.

The experiment’s results – which have been replicated many times – led to additional research:

The participants who had been instructed to avoid all thoughts of a white bear couldn’t do it. On average, they either said the words or reported thinking about the bear over once a minute. Moreover, when they were later told to think of the bear, they experienced a significant rebound effect, mentioning it much more often than any other group. (source)

This rebound effect has interesting implications for various situations in which we try to control our thoughts and behaviors via suppression, as Meghan Meyer, PhD, explains:

For example, imagine a dieter who swears off sweets, constantly reminding herself, “don’t eat that.” Based on Wegner’s study, it seems that if she later allows herself a small cheat, like maybe some candy on Halloween, she may spiral into an over-indulgence in pro-sweet thoughts and behaviors, thwarting her original goal to lose weight.

Wegner and his colleagues wrote that “the paradoxical effect of thought suppression is that it produces a preoccupation with the suppressed thought.”

A few examples of your own experiences with this phenomenon have probably already crossed your mind.

If you’ve tossed and turned in bed, worried about not sleeping – you probably had even more trouble dozing off.

If you have tried to stop smoking, cigarettes likely danced through your head more than they did when you were not actually trying to quit.

If you have tried to lose weight and made certain foods off-limits, you likely obsessed about those foods. I’m willing to bet you thought about potato chips, soda, ice cream, or chocolate more than you did before you started your diet. The more things are forbidden, the more we want them.

Speaking of smoking and chocolate addiction, a few years ago researchers studied the effects of thought suppression on both. The findings? Rebounding thoughts led to rebounding behaviors – more cigarettes smoked and more chocolate consumed.

In its more extreme forms, Meyer says, “the failure of thought suppression mars the minds of those suffering from various psychological disorders, such as post-traumatic stress disorder (PTSD), attention deficit hyperactivity disorder (ADHD), obsessive-compulsive disorder (OCD), and even depression.”

Your brain controls your entire body, and you’d think it would look out for your best interests – so why does it seemingly work against you at times?

When you are actively avoiding a thought, one part of your brain is busily working to keep the upsetting thought at bay. It’s searching out distractors—something else to focus on that will protect you from the idea you’re trying to avoid.

At the same time, another part of the mental machinery has to keep checking to make sure that the job’s being done properly. Inadvertently, this monitoring process calls attention to the unwanted thought, and makes you more vulnerable to the very ideas you’re fleeing from.

Wegner, who went on to write a classic book about his findings called White Bears and Other Unwanted Thoughts: Suppression, Obsession, and the Psychology of Mental Control, explained it like this:

The funny thing is that when you’re trying not to think about things, you have to remember what it is you aren’t thinking about. That memory, that part of your mind that’s trying to keep it fresh, in a way is going to then activate thought.

People have the intuition that you shouldn’t think about a secret in front of the people you’re trying to keep it secret from, because you might blurt it out. But keeping it a secret keeps it on the front burner of your mind.

There are a whole range of cases when we become desperate to control our minds. The more we try to control them, the more they do what they want.

Now that we understand the problem, what can we do to solve it?

Find an absorbing distractor and focus on it instead: In one study, Wegner and his colleagues asked participants to think of a red Volkswagen instead of a white bear. They found that giving the participants something else to focus on helped them to avoid the unwanted white bears.

Try to postpone the thought: Some research has shown that setting aside half an hour a day for worrying allows people to avoid worrying during the rest of their day. When an unwanted thought comes up, just try to tell yourself, “I’m not going to think about that until next Wednesday.”

Exposure: Just go with it. If you allow yourself to think in controlled ways of the thing that you want to avoid, then it will be less likely to pop back into your head at other times.

Here’s a bonus tip: Think about how you view challenges and temptations and reframe those thoughts. Do you tell yourself you CAN’T have or do certain things? If so, try replacing “can’t” with “don’t.”

James Clear explains why this small change can make a huge difference:

Your words help to frame your sense of empowerment and control. Furthermore, the words that you use create a feedback loop in your brain that impacts your future behaviors.

For example, every time you tell yourself “I can’t”, you’re creating a feedback loop that is a reminder of your limitations. This terminology indicates that you’re forcing yourself to do something you don’t want to do.

In comparison, when you tell yourself “I don’t”, you’re creating a feedback loop that reminds you of your control and power over the situation. It’s a phrase that can propel you toward breaking your bad habits and following your good ones.

For more on the psychological barriers that interfere with goal achievement, please read 8 Mental Obstacles That Are Sabotaging Your Weight Loss Success.

Want to join our online communities? Check them out here: All About Habits group for motivation and inspiration and Plant-Based for 30

All About Habits and Plant-Based for 30 are owned and operated by Lisa Egan and Jeff Fischer and may contain advertisements, sponsored content, paid insertions, affiliate links or other forms of monetization.

The content on this website may contain affiliate links for products we use and love. If you make a purchase through one of those links, this site may earn a commission. The money we earn helps us keep this site running so we can continue to provide quality content to awesome people like you. All About Habits is currently an affiliate with three companies – Amazon, Gene Food, and Organica Naturals – so if you purchase through any links to those companies via our site, we may earn a commission.

All About Habits and Plant-Based for 30 abide by word-of-mouth marketing standards. We believe in honesty of relationship, opinion, and identity. The compensation received may influence the advertising content, topics, or posts made in this blog. That content, advertising space, or post will be clearly identified as paid or sponsored content.

All About Habits and Plant-Based for 30 are never directly compensated to provide opinion on products, services, websites, and various other topics. The views and opinions expressed on these websites are purely those of the authors. If we claim or appear to be experts on a certain topic or product or service area, we will only endorse products or services that we believe, based on our expertise, are worthy of such endorsement. Any product claim, statistic, quote, or other representation about a product or service should be verified with the manufacturer or provider.

All About Habits and Plant-Based for 30 make no representations, warranties, or assurances as to the accuracy, currency, or completeness of the content contained on these websites or any sites linked to or from these sites.