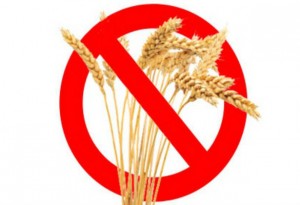 While it is not a commonly understood concept that wheat or gluten can cause blood sugar disorders, and certainly not as serious as type 1 diabetes, which involves the autoimmune destruction of the insulin producing beta cells in the pancreas, a sizable body of animal and human data points to exactly this causal link. [i]

Gluten, after all, is well known for adversely affecting gut health, and in the case of celiac disease, destroying the absorptive surface of the intestine through a hallmark autoimmune triggered process.  In many ways, gluten opens up a ‘pandora’s box’ of autoimmunity by both triggering intestinal permeability – so-called ‘leaky gut’ – as well as providing over 23,000 unique, digestion resistant polypeptides which are capable of infiltrating the body causing systemic inflammation and the loss of immunological self-tolerance, i.e. the ability to distinguish self from non-self.

Adding to this increasingly dismal picture of what was once considered the ultimate poster child for ‘healthy food,’ a new study published in the PloS One may have uncovered a ‘missing’ link in understanding how wheat exerts its toxic effects.

Mayo Clinic researchers sought to elucidate the mechanism at play within the long observed link in both animal and human studies between dietary gluten and the pathogenesis of type 1 diabetes (T1D), focusing on the role of the gut microflora in mediating its diabetes promoting properties.

In the new study titled, “Low Incidence of Spontaneous Type 1 Diabetes in Non-Obese Diabetic Mice Raised on Gluten-Free Diets Is Associated with Changes in the Intestinal Microbiome“,[ii] they sought to confirm “whether changes in the intestinal microbiome could be attributed to the pro- and anti-diabetogenic effects of gluten-containing and gluten-free diets, respectively.”  They noted recent research showing that intestinal microflora have a major influence on the incidence of T1D, and theorized that since “diet is known to shape the composition of the intestinal microbiome,” they might find an important link by testing changes in the gut flora of animals fed either gluten or gluten-free diets.

The study design was described as follows:

The researchers observed the following results:

The researchers found that when they added back gluten to the gluten-free diet group the following occurred:

According to the study, these observed changes suggest “that the presence of gluten is directly responsible for the pro-diabetogenic effects of diets and it determines the gut microflora.”  They observed a gluten-free, “diabetes inhibitory” diet resulted in altering the non-obese diabetic mice’s microflora to reflect a “richer” bacterial profile.  Conversely, they observed that a gluten-containing diet resulted decreases in a genus of gastrointestinal microbiotia (Akkermansia) previously shown to protect against the development of type 1 diabetes.  Since the immune system develops and its function is maintained in large part through its relationship with the microflora in our gut, it makes sense that gluten’s promotion of autoimmune disorders, which include celiac disease and type 1 diabetes to name but a few, could be connected to the way this complex of proteins adversely affects the diversity of gastrointestinal microflora.

The researchers concluded: “Our novel study thus suggests that dietary gluten could modulate the incidence of T1D [type 1 diabetes] by changing the gut microbiome.”

This new study follows closely in the wake of another recent PloS study that found the alcohol soluble portion of gluten known as gliadin promotes weight gain and pancreatic beta cell hyperactivity – a potential contributor to type 2 diabetes (marked by excessive and/or elevated insulin) and a precursor to type 1 diabetes.

Given the increasingly dense body of research indicating wheat has diabetogenic properties the time has come to recognize that many of the most common ailments that afflict our species today are a direct result of the consumption of popular foods such as wheat, which are mistakenly believed to be safe and wholesome. To learn more about wheat’s 200+ adverse health effects visit our Wheat and Gluten research section.

Sayer Ji is the founder of GreenMedInfo.com, an author, researcher, lecturer, and an advisory board member of the National Health Federation.

He founded Greenmedinfo.com in 2008 in order to provide the world an open access, evidence-based resource supporting natural and integrative modalities. It is widely recognized as the most widely referenced health resource of its kind.Disclaimer: This article is not intended to provide medical advice, diagnosis or treatment. Views expressed here do not necessarily reflect those of GreenMedInfo or its staff.